The Loop block is used to run a script multiple times in the same frame. Often used for processing every element in a list. 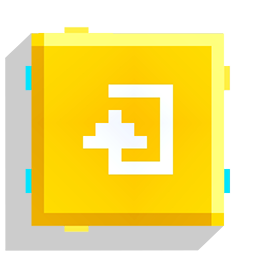 If you were to start the loop at 0 and stop it at 5, you would loop the script 5 times (Count) and the Counter outputs from 0 to 4 (End). Which shows that the Counter won't output the Stop value by the end of the loop, might want to keep that in mind.

We could put those blocks in a list and loop the script for every block, so that we could process every block we need with only one script, instead of having to add duplicates of that script. 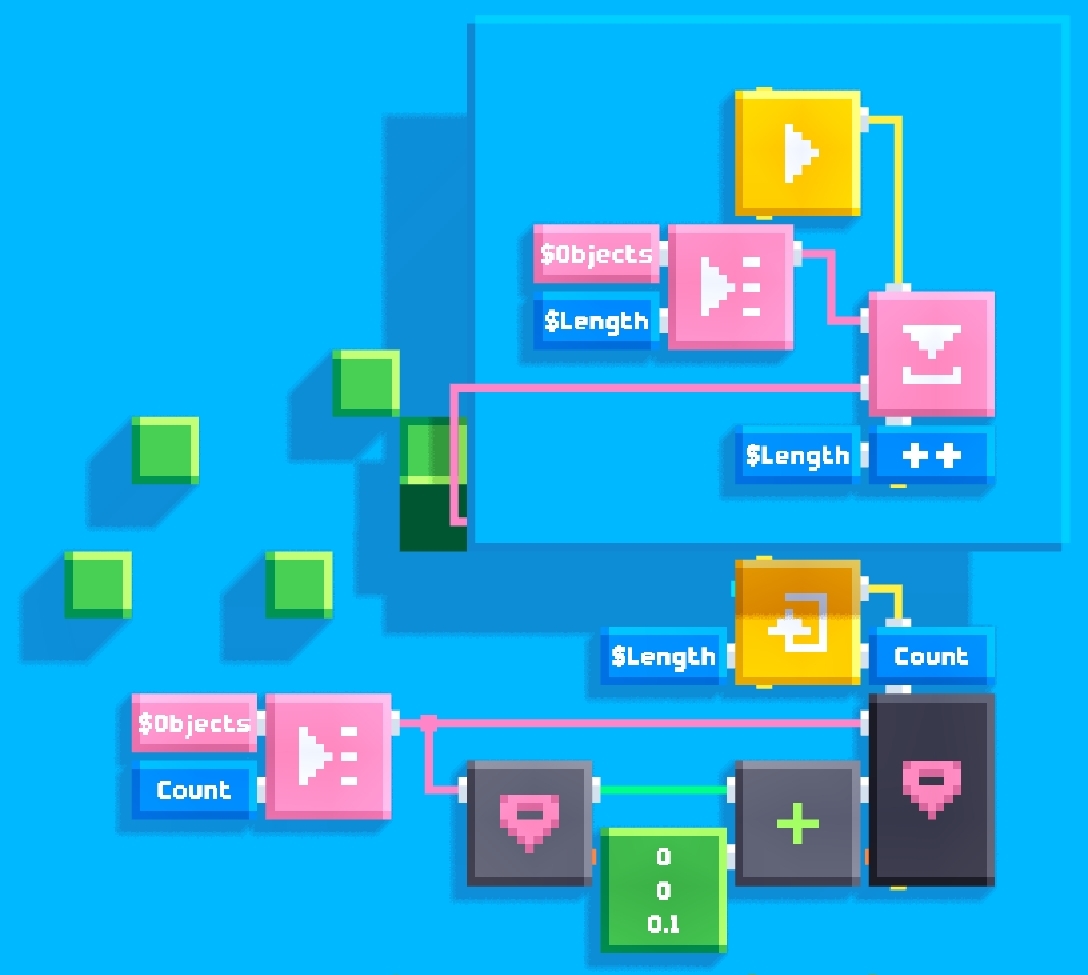 It's mentioned previously that the Counter won't output the Stop value by the end of the loop. It won't be a problem because after we add the last block to a list, it increments the $Length variable by one. So, if the last block is assigned to index 4, $Length would equal to 5 which is exactly what the Stop input should be to account for every blocks.