Level 41
Placing the first ball on the goal position is not too difficult. To proceed, place the remaining balls at the bottom like this: 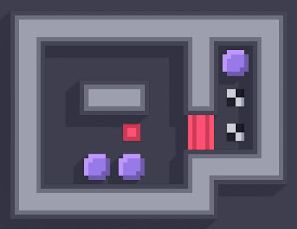 After that, place the left ball next to the door and then the right one on the switch. The goal positions are now accessible for both.

Level 42
Without moving the grey balls, place the purple balls in the following way: 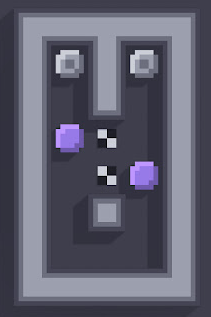 Now, after moving both grey balls down, the goal positions are easily accessible.

Level 43
Push the box to the side and place one ball right below (or above) it:

Now, the remaining three balls can be placed onto the visible goal positions. Pushing the box up (or down) is the last move.

Level 44
Moving the balls on both sides of the level independently, arrange them in the following way: 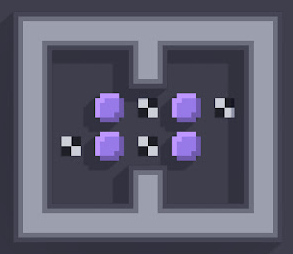 Level 45
First, move the upper grey ball so that it stops right after the upper goal position. Next, arrange the purple balls at the bottom of the level, like this: 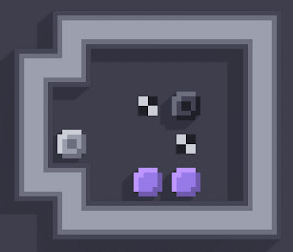 Move both purple balls up and then move the grey ball to the right.

Level 46
Move the top box to the left and without any other box pushes, arrange the purple balls like this: 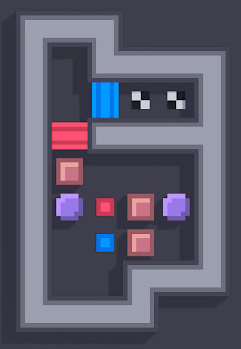 Push the box onto the red switch. After that, move the purple balls to the following positions: 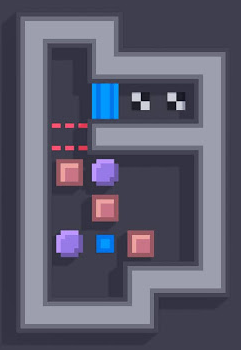 Now the lower box can be pushed onto the blue switch.

Level 47
Move one purple ball from the bottom to the room above, without moving the other one. Then move the upper balls to goal positions.

Open the door using a box and move the top middle ball down. Now it's easy to place the remaining balls on goals. 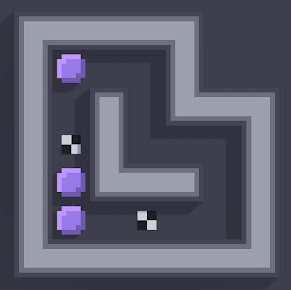 Start from the middle ball and move clockwise around the level. Whenever the current ball hits another ball, start moving the one that was hit. After 3 moves, the situation should look like this: 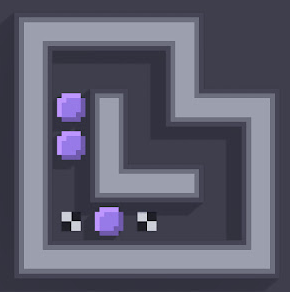 Eventually, all balls will be placed on goals.

Level 49
First, move the purple ball to the middle of the level and move the lowest grey ball up. 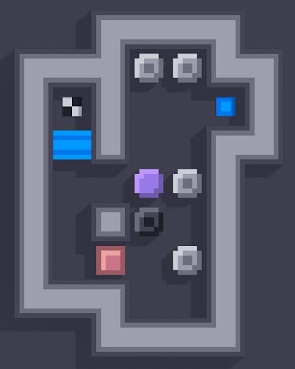 Now there's a clear path for the box to be pushed onto the blue switch. 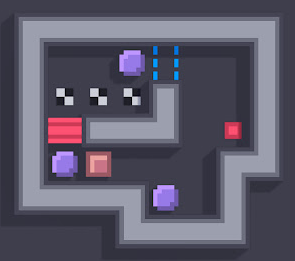 The box can now be used to block the blue door: 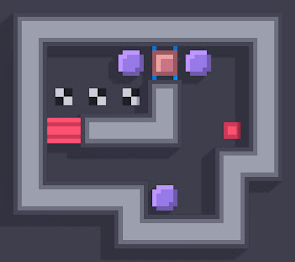 Now it's possible for both balls to enter the goal room. One should use the red door and the other one should just push the box.