List of list (Nested list) is currently not possible with the current list script as of now, but there is a simple workaround to make it involving simple math. See image below on how to make it.

Two-dimensional list is mostly used in creating a game that involves a board or a grid such as Chess, Reversi, Checkers, Tetris, Battleship, 2048 and so on.

In a technical term, 2D list is called as an array of arrays or also known as a matrix which can be represented as a table of columns and rows. 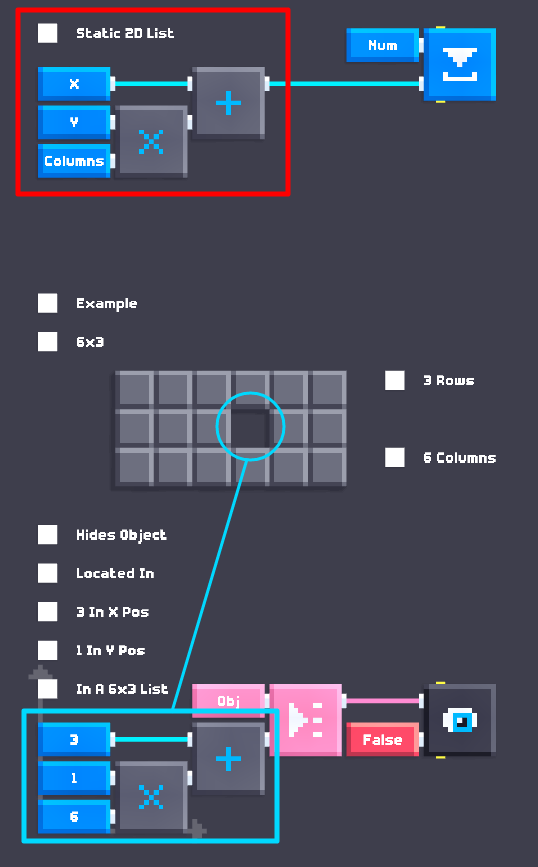